[dropcap]T[/dropcap]ara Alan is a writer and photographer living in the Green Mountain National Forest of Vermont with her husband, Tyler Kellen. The pair spent two years cycling through Europe and Asia, and are now in the midst of another big adventure: building an off-grid homestead. They journal about their experiences at goingslowly.com.

Where did you go and how long were you gone?

We teetered out of the Glasgow, Scotland airport in April of 2009, and flew home from Bangkok, Thailand in May of 2011, making for a two year journey. 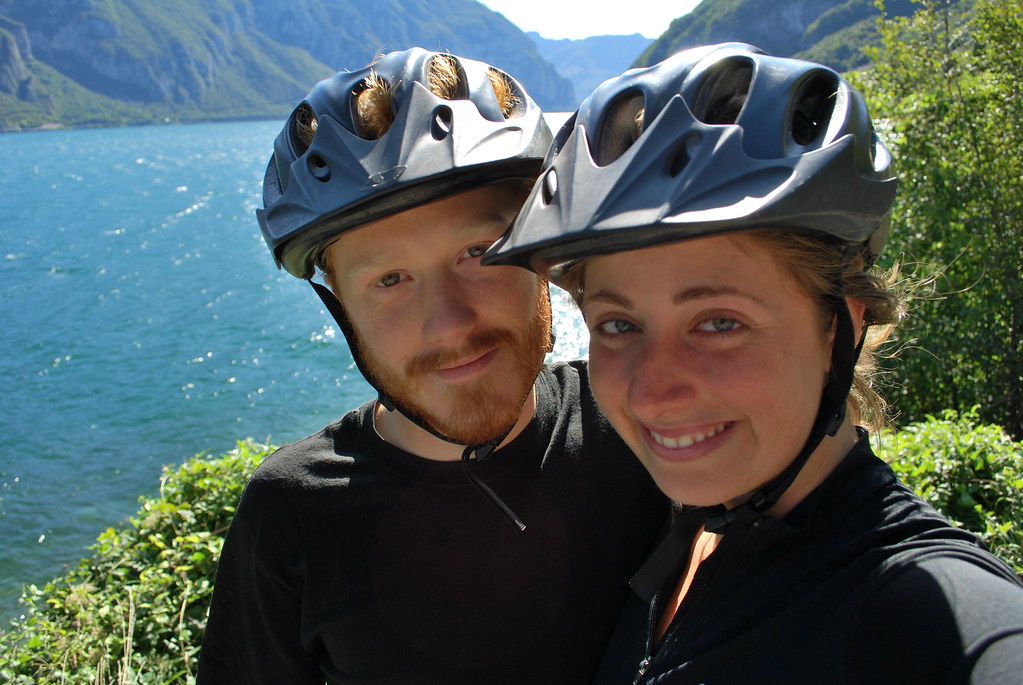 For the first sixteen months, we cycled a very meandering route around western Europe, north Africa, and eastern Europe. 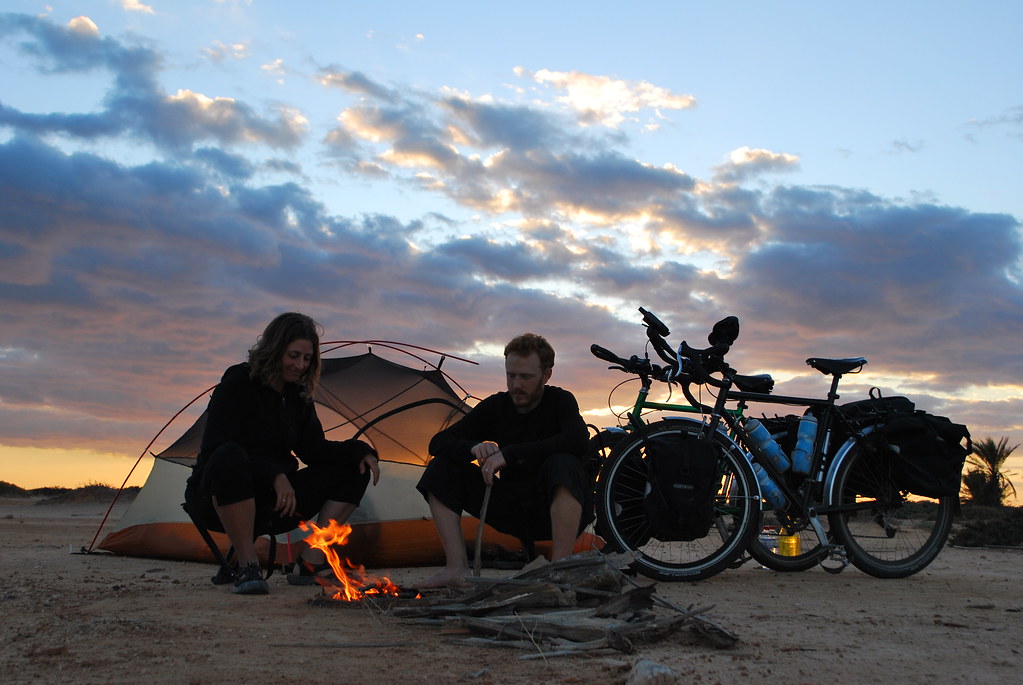 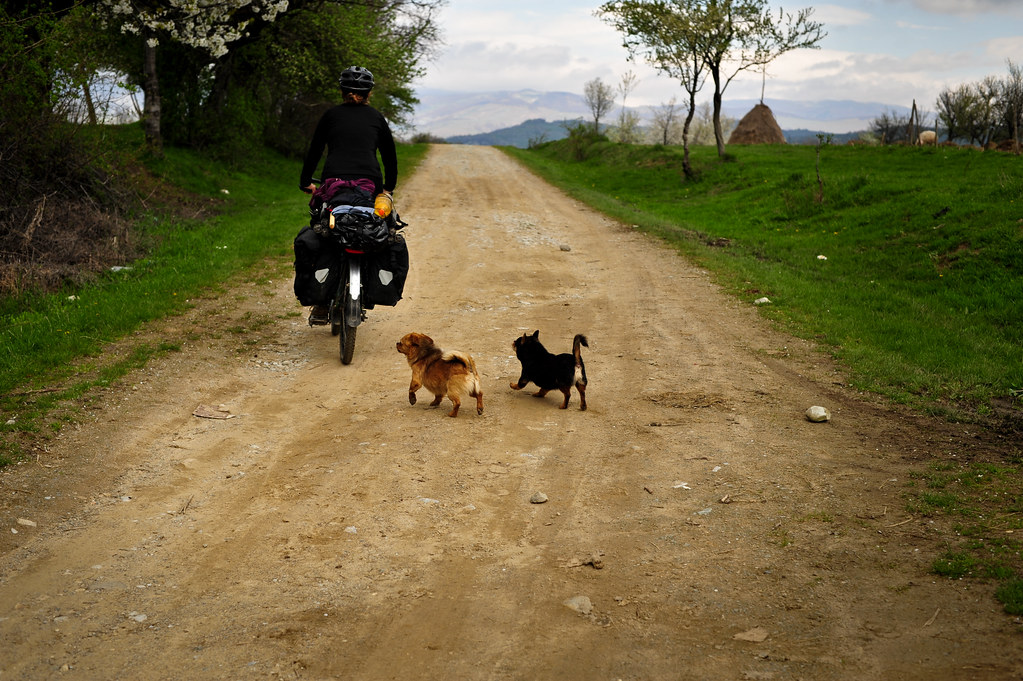 We then bought a little red Toyota hatchback, packed our bikes in the trunk, and went on an epic road trip. We drove north to the Arctic Circle, then east across Siberia and Mongolia. 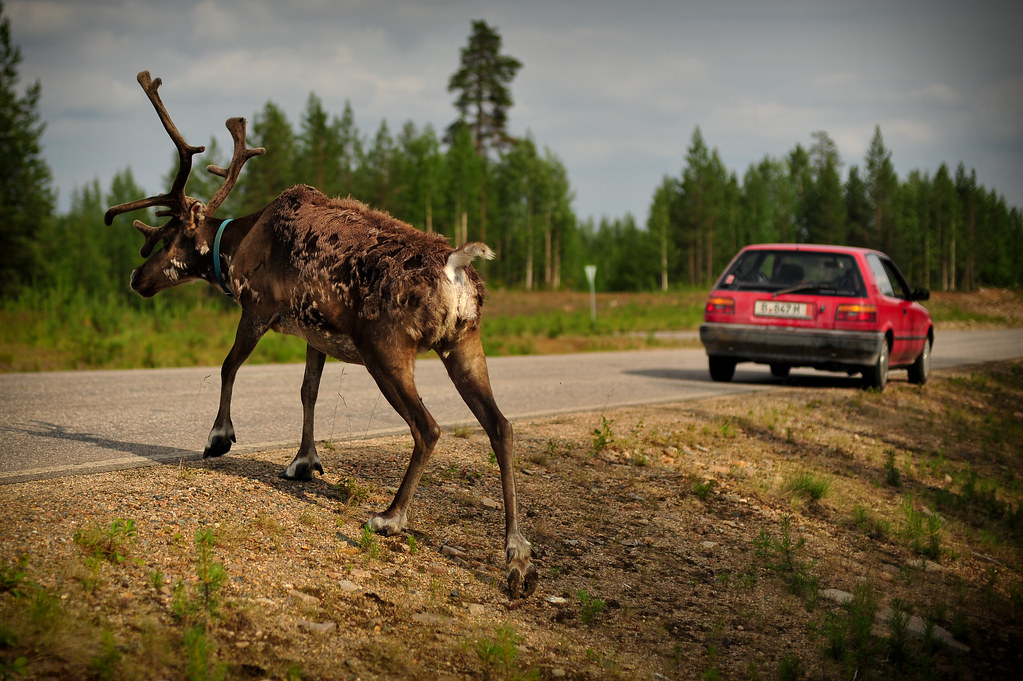 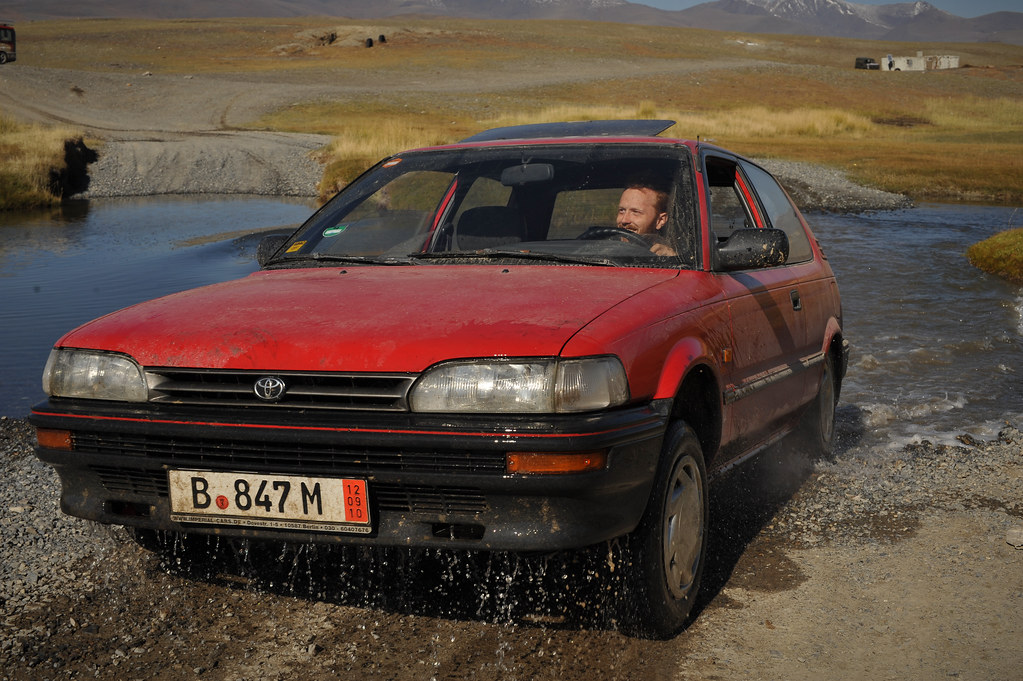 We finished our travels with six months of bicycle touring around Southeast Asia. 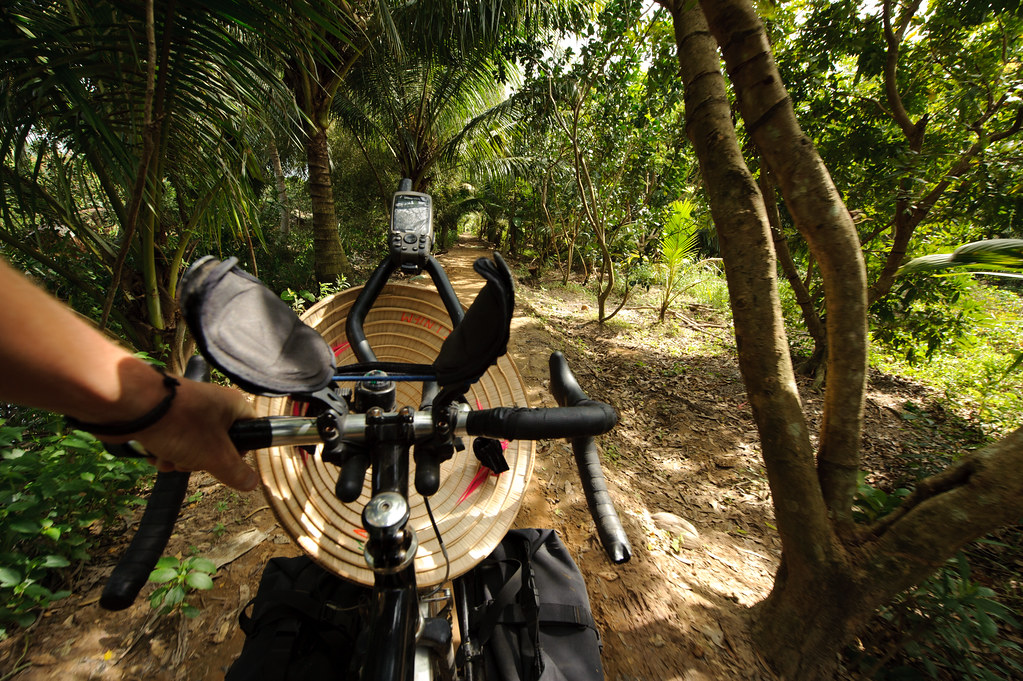 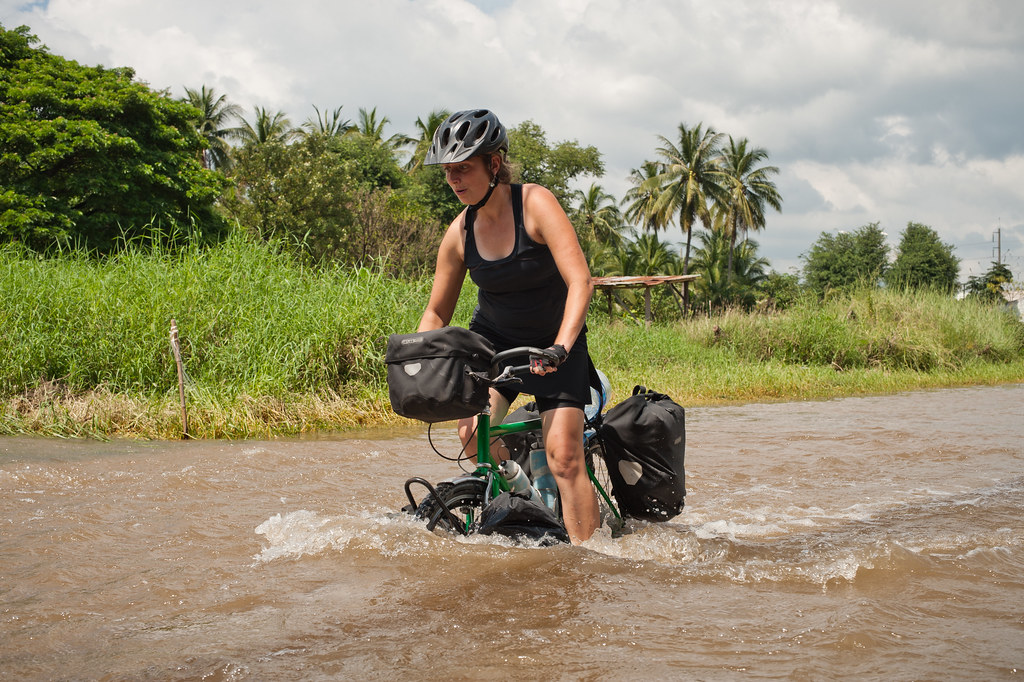 What inspired this trip?

The trip was Tyler’s idea—after traveling extensively throughout the United States on a motorcycle, he wanted to embark on a journey around the world. Although this idea was eventually deemed too costly, he didn’t give up on his dream. The idea for a bicycle tour came while Tyler was watching “Long Way Down ,” a documentary of Ewan McGregor and Charley Boorman’s motorcycle trip through Africa. During one scene, the two adventurers cross paths with a lone bicyclist riding through the desert. While McGregor and Boorman were struck dumb, suddenly feeling inadequate on their motorized vehicles, Tyler was struck with inspiration. He’d travel by bicycle! As soon as the documentary was over, Tyler sent me a text message asking me if I’d sell everything and bike around Africa with him indefinitely. I said yes (with a few caveats), and the rest is history.

When did biking become a big part of your life? Were you a big biker before starting your trip?

Before Tyler came up with the idea to cycle the world, I was only biking a mile to work and back on a regular basis—and it really wasn’t something I enjoyed all that much. Biking truly became a part of my life after Tyler and I began planning our journey, and I saw what a great mode of transportation bicycle touring could be. I thought that with such a slow pace and the ability to travel off the beaten path, I’d really get a chance to experience the essence of a place. After Tyler built our bicycles, we cycled as often as we could, and I grew to absolutely love it. Then, we left on our trip, and cycling became an intrinsic part of my identity. 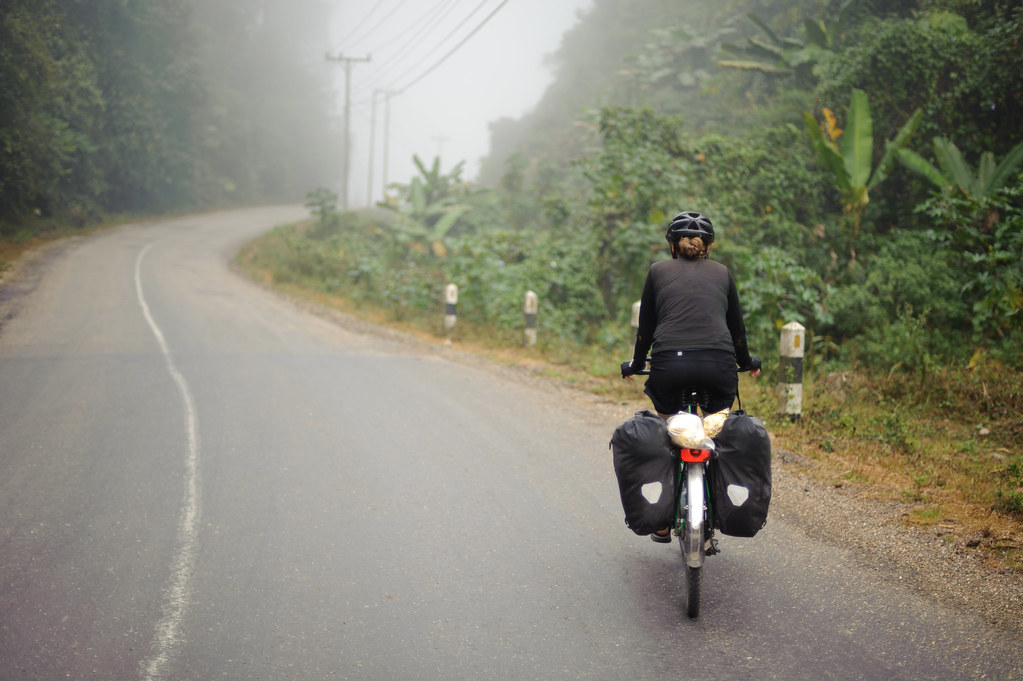 Now, we have two bicycles each, and would love to try out a tandem at some point. 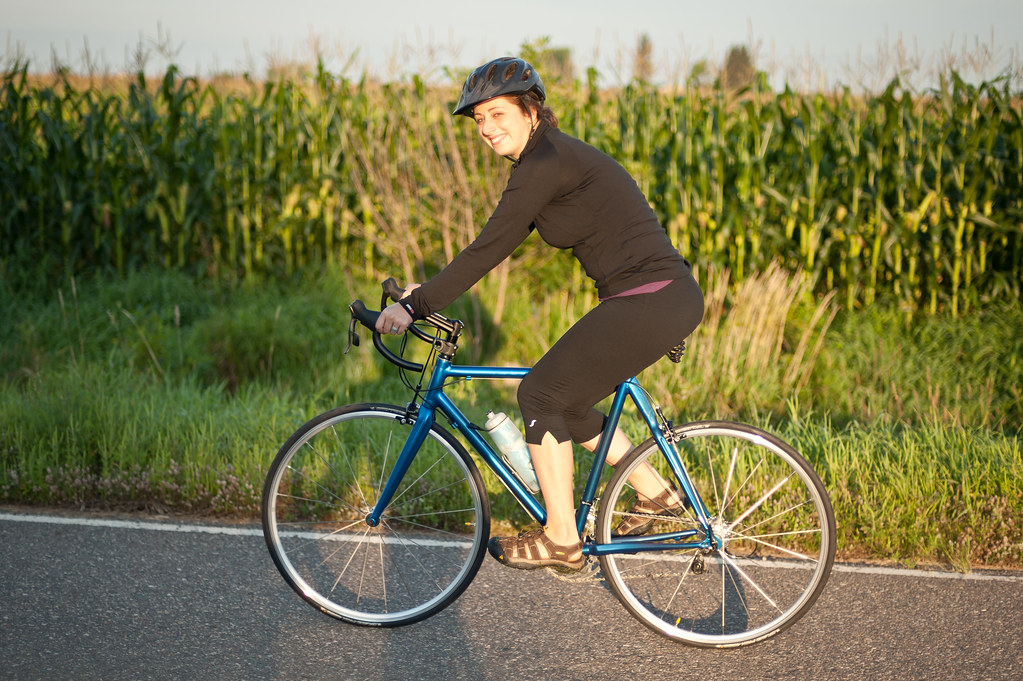 What kind of bike did you take?

Surly Long Haul Truckers, which we loaded down rather heavily. A list of each component and piece of gear can be found on our website. 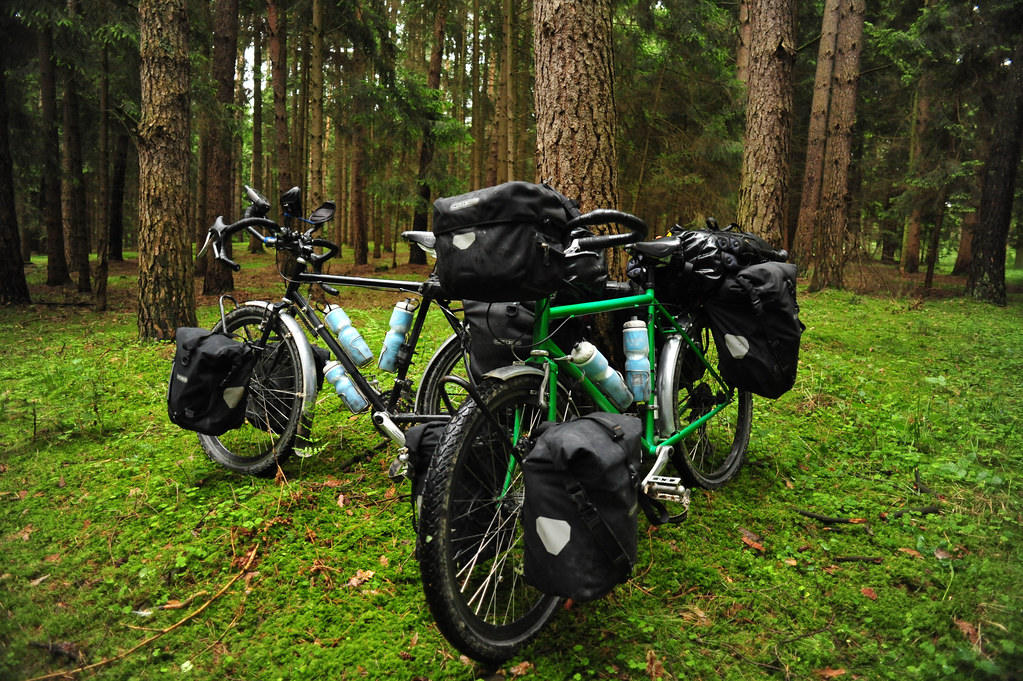 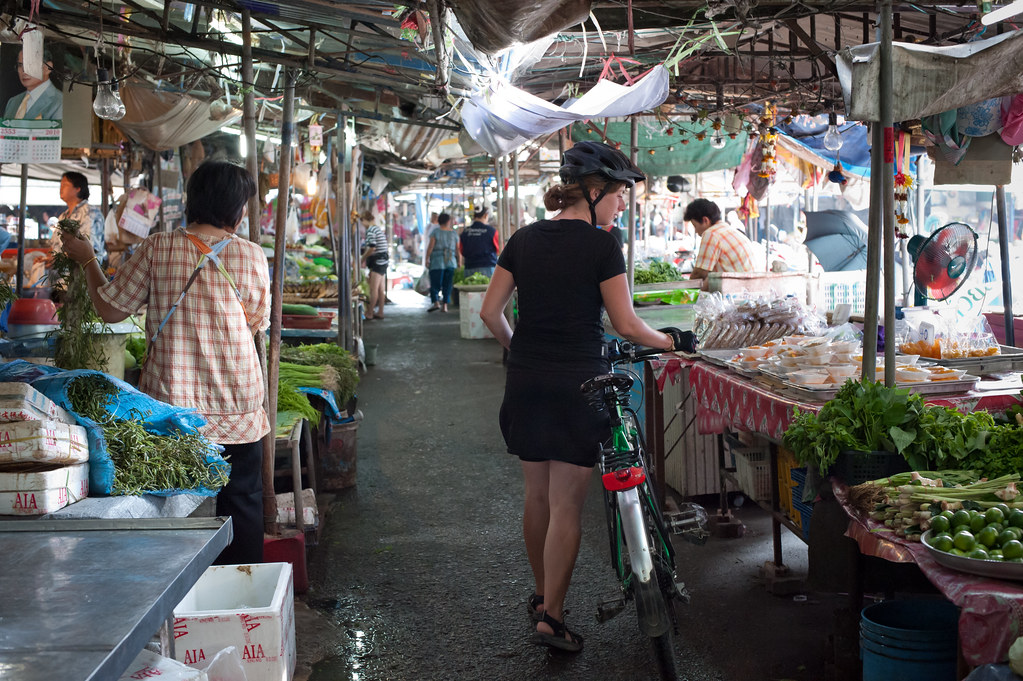 I love being inundated with a foreign language, and having to mime my way through conversation. I basically love the newness of it all, and how it makes me a kinder, more open, more curious person. 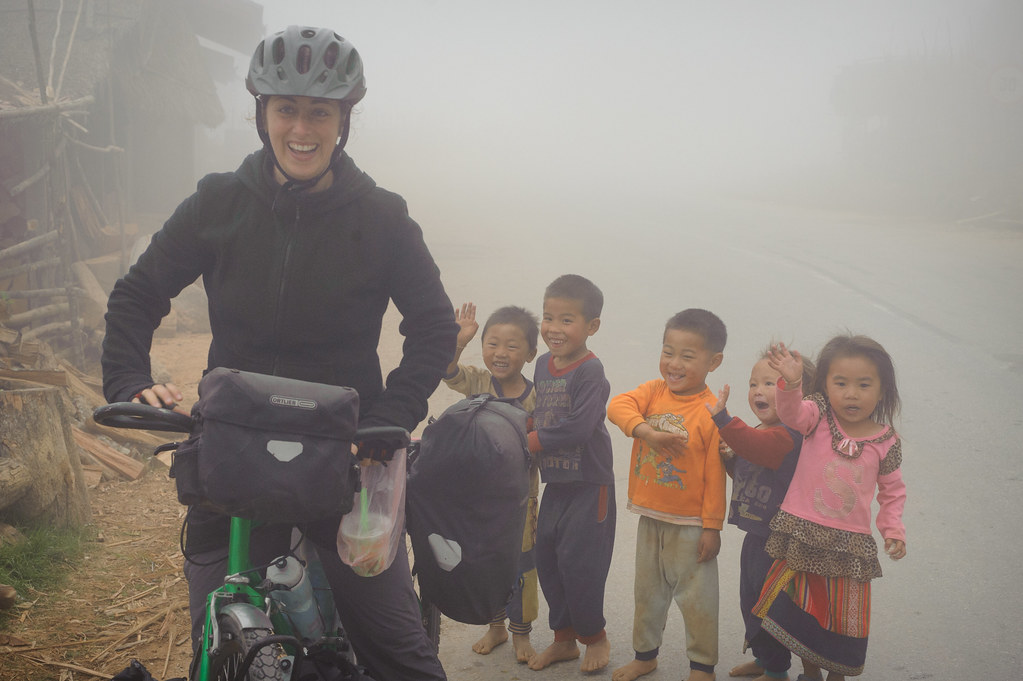 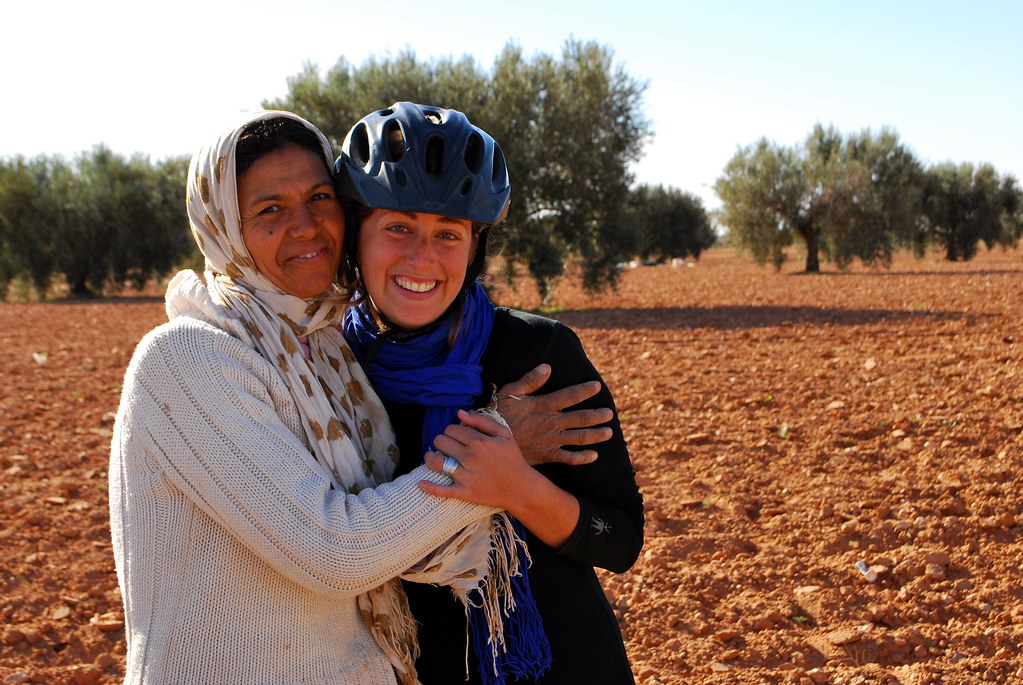 What is your most vivid memory from the trip?

I have so many vivid memories from our journey, and my favorites change on a daily basis as I reminisce. Right now, I can’t stop thinking about our time in Mongolia. 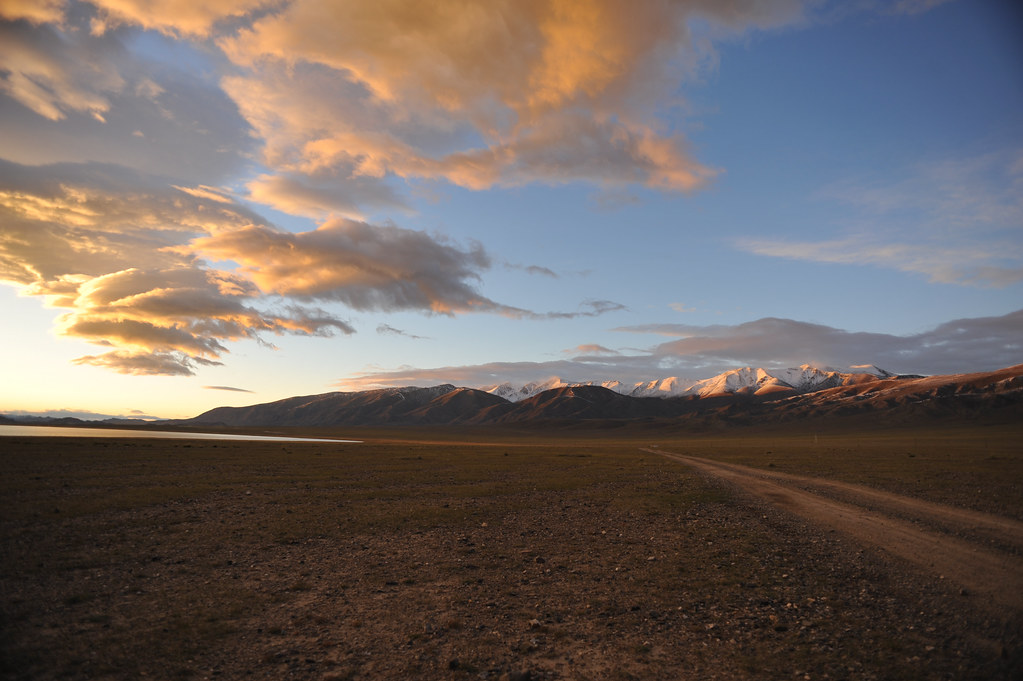 Nearly every morning, a Mongolian man on horseback would appear out of seemingly nowhere, and hover curiously as we made breakfast at camp. We’d introduce ourselves, and he’d smile and stare as if we’d arrived from another planet. 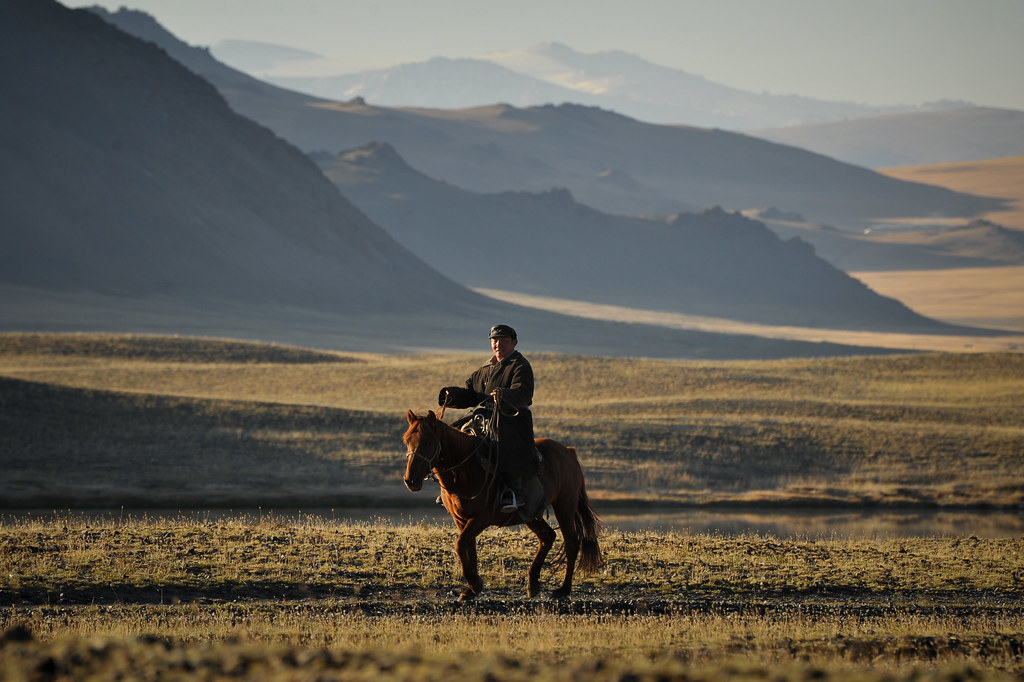 Once, one guy let me ride his horse! 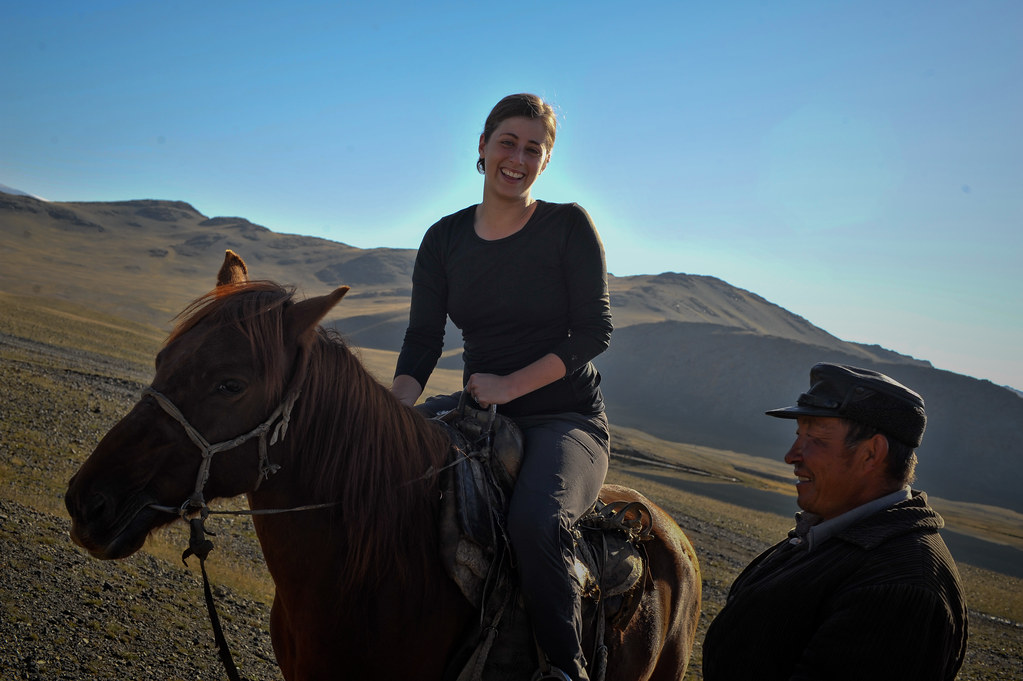 Who was the most memorable person you met?

One of the many memorable people we met on our bike trip was Valentina-Carmen, a very kind Romanian woman. I’d just had one of my worst days of the trip, filled with endless hills, muddy roads that disintegrated into nothingness, and loads of self-doubt. 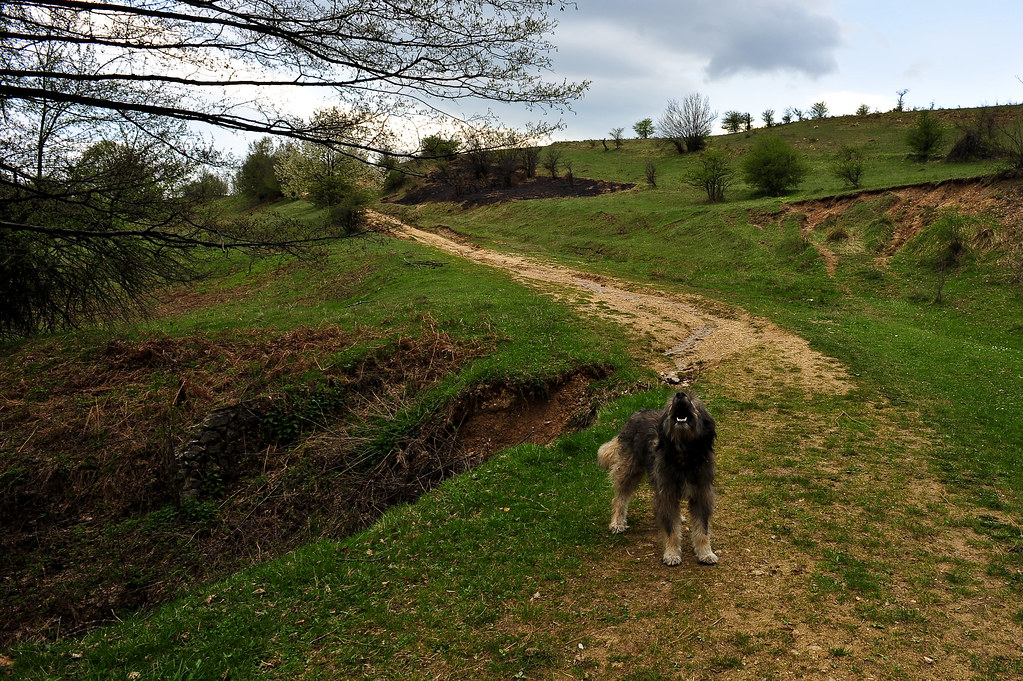 When Valentina-Carmen found us pushing our bikes through her tiny village, she insisted we come in to rest. With her smiles and her sparkling eyes, her generosity and her kindness, she turned my awful day into one of my all-time favorites. She restored my faith in humanity, and my desire to continue traveling. 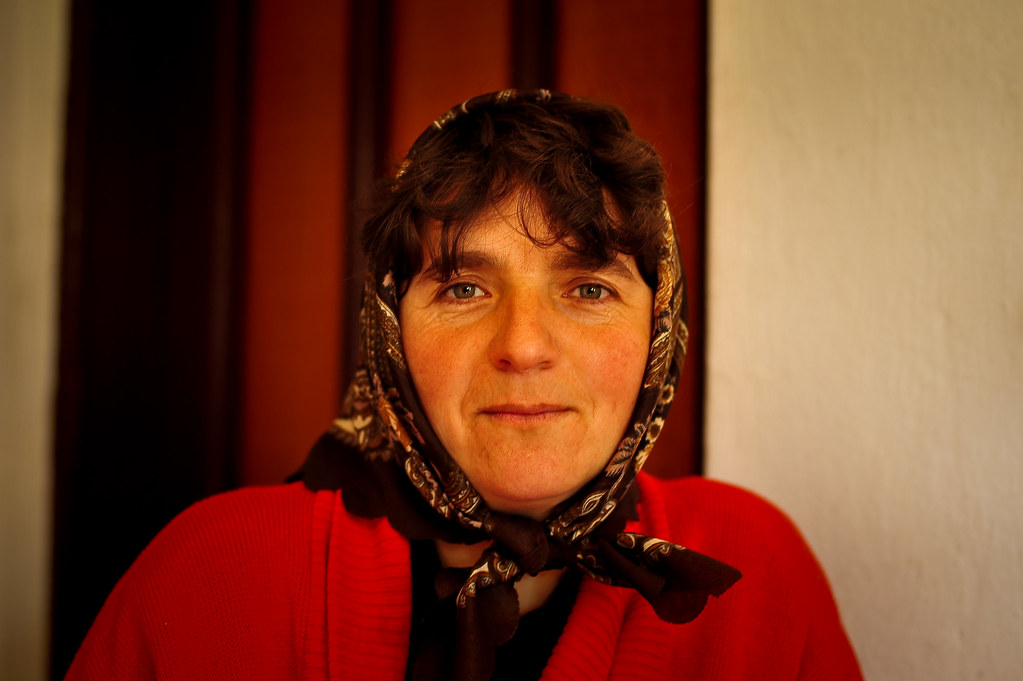 How much money should one have to embark on a journey like the one you went on?

This really depends on how you want to travel, but Tyler and I spent an average of $30 per day. This figure is based on the fact that we cooked our own food and camped most of the time. However, we know folks who travel on just $5 a day, living on bananas and sleeping in ditches. Others spend $100 a day, sleeping at bed and breakfasts, and going out for meals. Because it is so difficult to find information about how much money to save, we kept track of every single expense during our trip. You can find all of the information we tracked here, in our database.

Would you do anything differently?

This sounds odd coming from someone who is building a tiny house, and who routinely goes on sprees of getting rid of most of her possessions. But, if I could go back and do anything differently, I would have purchased a few meaningful souvenirs. For instance, when we met a Gypsy man in the Romanian countryside who was selling hand-made copper pots, we should have bought one and strapped it to our bikes until we could mail it home. I think about those copper pots often, kicking myself for not getting one! 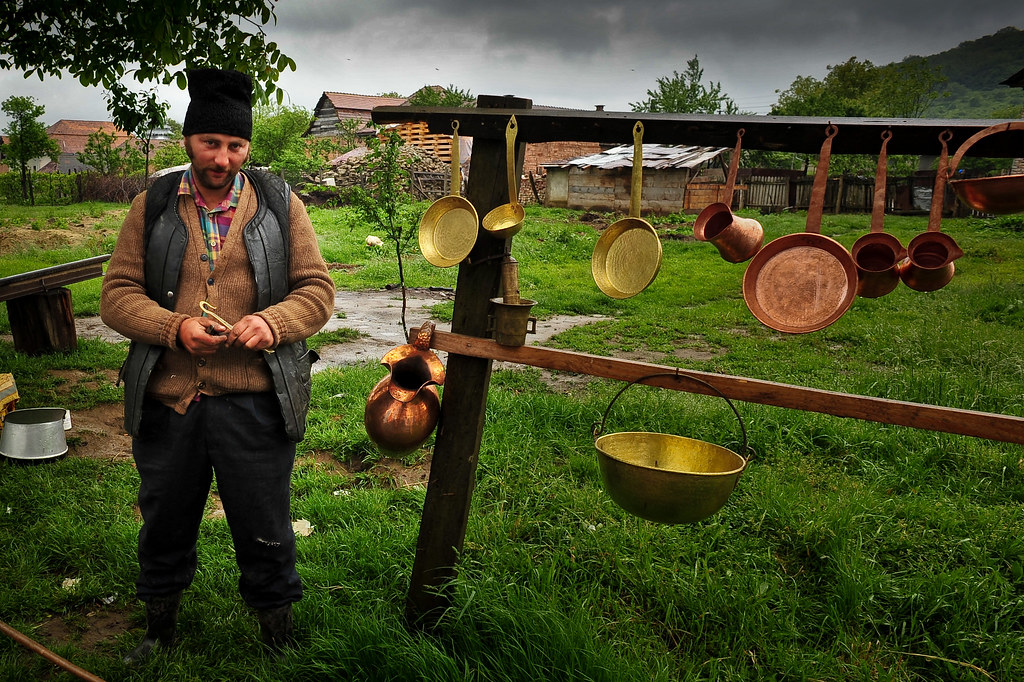 What are you doing now?

I just finished writing and photographing Bike. Camp. Cook. It’s a bicycle touring cookbook for adventurous travelers who want make delicious gourmet meals on a one-burner camp stove. The book is now being sold through my website, bikecampcook.com. Tyler and I are also working on our next big adventure: off-grid homesteading. We bought ten acres of land in the Green Mountain National Forest of Vermont, and are in the process of constructing a timber frame and straw bale house. 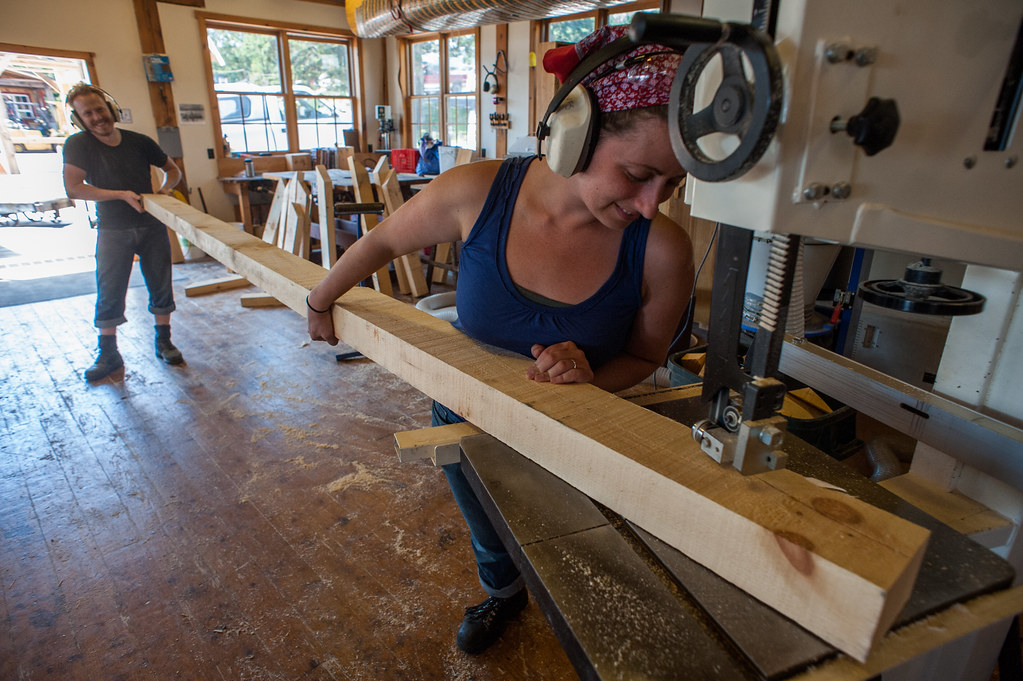 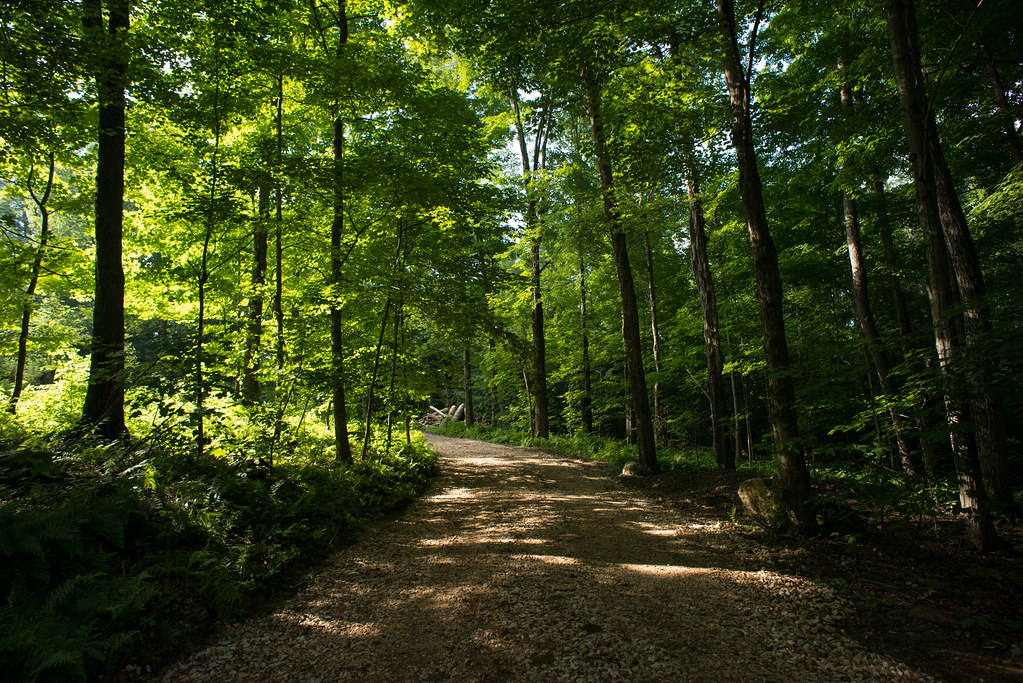 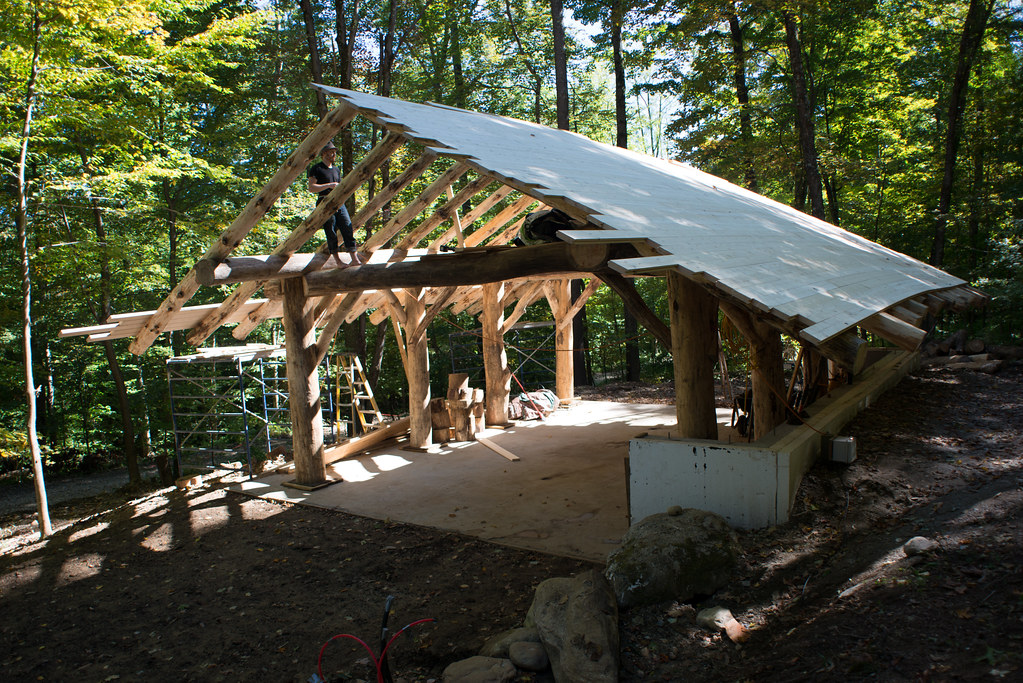 Eventually, we’ll have a menagerie of animals for meat, a massive garden for food, and an array of solar panels for power. It’s a huge project, but someday we’ll be living a reasonably self-reliant lifestyle! We’re journaling about the entire process, just as we did with our bike tour, on our website, goingslowly.com.

What’s your next adventure?

After getting our homestead set up, we may set off for more travels. We’ve toyed with many ideas, such as: walking the Appalachian trail, cycling from Alaska to Patagonia, hiking the Camino di Santiago, and visiting the wilds of Iceland. We’ll see!

Zoe Balaconis lives in Somerville, Mass. Most of the time she wishes she were on a boat. She is descended from potion makers and train hustlers.